Dare to ignore the early critic

Most innovative ideas get nipped in the bud by statements like “That’s too expensive”, “We don’t have the manpower for that”, “That will never work” or “People will not take us seriously anymore…”

Creativity killers like these are commonplace in almost any organisation. People are extremely good at pointing out all the flaws and risks of an idea. It’s easy and it’s safe. Unfortunately, it also snuffs out every innovative spark before it can grow into a feasible and valuable idea.

Of course, there is a time and a place for criticism. In fact, criticism is mighty useful in an organisation. It keeps you from doing things that are too expensive, impossible or hazardous to the organisation. However, criticism should be separated rigorously from the creative phase. Using critical thinking and creative thinking at the same time is like accelerating your car while braking at the same time. You’ll barely move and others (the competition) will overtake you left and right.

Instead, accelerate first and use the brakes where needed to prevent accidents. Let new ideas flow freely. Let them build on each other. Let them sink in and only then use critical thought to evaluate.

The most remarkable ideas would never have surfaced if the people behind them had let themselves be discouraged by the early critics.

I’ll illustrate this point by a real life example from one of the most creative minds of our time; Antanas Mockus (photo).

Sometimes the craziest idea is not so crazy at all…

In 1995 Antanas Mockus was elected mayor of Bogotá, the capital of Colombia. Mockus saw himself confronted with several serious problems in the city. One of which was the terrifying number of traffic casualties. Despite employing 3200 men traffic police, the city’s number of fatal accidents was as high as 1750 per year!

Mockus realised that conventional methods would not solve this pressing matter. He decided to try something quite audacious. He proposed to fire ALL traffic police. 400 of them would be retrained as mimes. Their main role would be to hand out red cards for traffic violations (and white ones for good behaviour) and parodying those that did not obey the traffic regulations.

Unsurprisingly, both fellow politicians and press were bewildered by this unprecedented idea. How could their mayor come up with something this ridiculous! Confused journalists asked, “But can they fine people?” Mockus answered without flinching: “Of course not. That’s not their job.”

While it may have looked insane, Mockus had good reasons for this bold experiment. He figured Colombians valued their honour much more than their wallets. Therefore the people of Bogota were much more afraid of being ridiculed than fined. Furthermore, using mimes would help fight corruption. The fact that the mimes could not fine people, made bribery much less likely to occur.

Dare to be the Mockus in your field. Moreover, dare to allow the Mockuses among your employees to share their ‘crazy’ ideas. Suspend your judgement and you’ll create a powerful incubator for innovation.

Once you have some interesting ideas, a good evaluation is paramount. Look at each idea from every possible angle. Exactly how to do this I’ll explain in my next blog post. 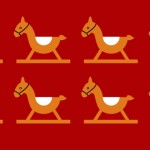