Many people are afraid to share their ideas. Whenever these people come up with a good idea, they make it their business to keep it the best-kept secret in the world. They expect ruthless idea snatchers to otherwise steal their ‘baby’, become filthy rich with it and leave them empty-handed.

There are several problems with this delusion (for that’s what it is).

1. Other people can bring your idea to the next level.
They can help you sharpen your rough idea by asking difficult questions and by pointing out what can be (and often nééds to be) improved. Two people are wiser than one. Others might know about products and services you never knew existed. These products and services could compete with your concept, but they might just as well be complimentary.

2. Others are too busy protecting their own ideas anyway
Why would other people bother trying to steal your idea? They are likely much too busy thinking about their own ‘brilliant’ schemes. You were there when the idea was born, and you know exactly why it is so incredibly brilliant. Other people, however, might not love your brainchild the way you do…

3. Implementing an idea is hard work
How often do you actually follow through and implement an idea? Exactly. So why would someone else (who knows you already put a lot of thought into it) try to execute YOUR idea? Even most big corporations rather buy a start-up with potential, than trying to build something similar themselves.

4. Sharing an idea makes you more likely to act
Sharing your idea with the world increases the chances of you acting on it. If the people around you know about your big idea, they will keep asking you how things are coming along. These little inquiries might just be the nudges you need. The mere fact that others keep harassing you about your progress will pressure you into taking action.

5. Talking about your idea makes your story sharper
Every time you’re sharing your idea, you’re putting thought into it. Your plan WILL get sharper ever time. Convincing yourself is not an issue. Convincing the rest of the world, however, does require some tweaking of your elevator pitch here and there. 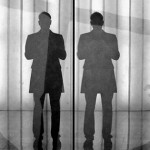 Two problems are better than one: Problemsolving like a proProblem solving 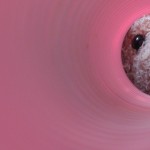