Dare to do the opposite

For every business it’s important to stand out. Companies who are noticeable will win the market. If you are different, you are interesting and attractive.

A simple way of getting attention is doing the opposite of what your competitors are doing.

Of course it takes courage to try something new entirely, but there’s a big chance your bold move will be rewarded. If your actions are remarkable enough, the story will spread like wildfire. Word of mouth, the most valuable form of advertising, will carry your message to audiences that had never heard of you before.

Doing something entirely different sounds easy enough, but what would this look like? Let me give you some examples.

Can you imagine a butcher who doesn’t sell any meat? Well, he exists and is from The Hague. De Vegetarische Slager (‘The Vegetarian Butcher’ in Dutch) offers the latest generation of meat substitutes. With a taste, bite and texture that can hardly be distinguished from real meat. In two years time the concept has now grown from one outlet in The Hague to more than 1,000 outlets in the Netherlands, through independent fresh specialists, natural food stores and supermarkets.

A great name and store that fits a time where people are paying more and more attention to sustainability and responsibility, especially in the field of food.

Great entrepreneurs see valuable opportunities at the right moment and act upon them.

When in January 2014 the legal drinking age in the Netherlands went up from 16 to 18, a lot of bar owners got upset. They would lose income and, even worse, they had to deny their “old” customers access because they would suddenly be too young to enter a bar.

However, the owner of bar Malledieven in Noord-Brabant saw an opportunity. He created a new non alcoholic bar especially for youngsters, from the age of 13 to 18. His temporary bar was set up during Carnaval, the biggest festival in the south of the Netherlands. With the promise “0% alcohol but 100% fun” he turned a restricting rule into a fun new concept.

In London there is a modeling agency called Ugly. As you can imagine their portfolio does not include the conventional beautiful people but rather strange characteristic models. Fat women, nerdy men, models covered in tattoos or piercings, extremely long or shockingly small. Exactly the kind of remarkable people that fit strong brands such as Levi’s and Diesel. It’s the bold name and the unconventional models that generates a lot of attention. That’s why Ugly is the leading agency in character modeling, delivering actors for films such as James Bond, Harry Potter and Pirates of the Caribbean.

What can you disrupt in your market? What would happen if you would do the opposite? What benefits would you gain? Please let me know in the comment box below.

Jeroen de Ruijter
Jeroen is one of the founders of HatRabbits, creative all-rounder and internationally awarded concept developer. At HatRabbits Jeroen is ultimately responsible for concept development and creative strategy.
Recent Posts 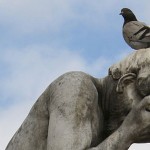 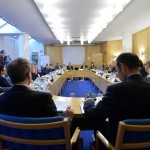 An old-fashioned brainstorm is not good enoughBrainstorming