Flip it – how reframing turns problems into opportunities

With creative thinking, every problem can be transformed into an opportunity. Disadvantages become advantages and the most awful circumstances suddenly turn into the best possible scenario.

How reframing won Reagan the elections

In 1984, during the Presidential elections, Ronald Reagan was in trouble. During the important debates, the audience got the impression that Reagan was tired and confused. He had become the oldest president in The White House in history and people started to question his abilities to govern. The image of an old man stuck and was eagerly adopted by his opponent.

During the elections, his age was continuously used against Reagan to make him look incapable. When the age issue was mentioned once again during the final elections debate, Reagan responded in a phenomenal way. He ignored the accusations and said: “I will not make age an issue of this campaign. I am not going to exploit for political purposes my opponent’s youth and inexperience.”

The audience burst out laughing.

While the debate was about many serious political issues, the “youth and inexperience” line would prove to be the most memorable. It was probably also the most impactful moment of the debate. Reagan’s quip would be decisive in the debate and it would lead him straight to a glorious victory and re-election.

How death threats and partial paralysis were turned into assets

By reframing the problem and giving it a different context, Reagan was able to turn his weakness into an advantage. Sometimes the worst things that happen, can become your greatest assets. Famous actors like Sylvester Stallone and Peter Falk knew this and used their facial defects as unique and striking features for their characters. They embraced their situation and didn’t hide from it. The controversial Dutch artist TINKEBELL did something similar when she turned the thousands of hate mails and death threats she received into a book called ‘Dearest Tinkebell’.

A more recent example is the phenomenal action performed by the Dutch football coach Louis van Gaal, during the World Cup match against Costa Rica. At the end of the game, Costa Rica forced Holland out on penalties. They wanted to beat the Dutchies in the same way they defeated Greece a week earlier. The Dutch fans cringed, as their National team does not have a glorious reputation when it comes to penalties. When the moment for penalties arrived, Van Gaal unexpectedly turned the troubling situation to his advantage. He exchanged keepers. Tim Krul took the place of Jasper Cillessen. A highly unusual situation in the football world. After a two-hour match, the footballers from Costa Rica were tired and sensitive to psychological tricks. The players became confused and frightened by the change. The reverse tactic worked. Tim Krul would decide the match. The goalkeeper from Newcastle United would become the hero of the match by stopping two penalties.

The conscious decision to turn an unfavourable situation to your advantage will almost always lead to creative ideas. What setbacks can you flip around? 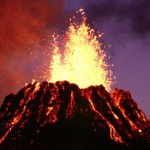 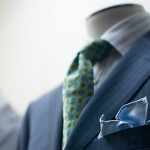