Anonymous voting: Evaluate brainstorm ideas like a pro with this simple evaluation technique

Anonymous voting is one of the easiest ways to evaluate brainstorm ideas. One of the main benefits of this approach is that you can make an inventory of the group’s favourite ideas while making sure that people’s choices have not been influenced by more dominant individuals in the group. An additional benefit is that you’ll be applying a well-known democratic method which almost always leads to a support base for the outcome.

Want to find out for yourself how it works? Simply follow the steps below and discover how you can evaluate brainstorm ideas like a pro.

Stick all the post-it notes to the wall. Ask participants to group similar ideas. Let everybody carry out this task individually. During this process, all participants are allowed to move ideas into groups, without consultation.

If all the ideas have been categorised, ask the participants to take a step back and look at the bigger picture.

You will probably find out that some ideas, don’t seem to fit in any group. Don’t worry. Simply put them aside and create a separate group for these ‘loners’.

Take a look at every group individually and give each group its own cluster-name. Describe the theme of the group in 1 or 2 words. Note the name of the cluster on a separate post-it and place it on top of the corresponding group.

Umbrella theme
Have you discovered groups that can fall into one larger theme? Then don’t hesitate to create an umbrella theme. Don’t forget to give this meta-cluster its own group-name.

E.g. Clusters like ‘social media’, ‘advertising’ and ‘new website’, could all fall into a larger overall theme such as ‘Marketing’.

Subcategories
If you have one group that has much more ideas than all the other groups, then try to split this cluster into smaller subject-groups. Again, give each group its own name.

E.g. Ideas that fall into the cluster ‘Our Corporate Website’ could be split into smaller groups such as ‘user interface’, ‘design’, ‘new features’, ‘homepage’ etc.

Make sure that all cluster names are readable (also from a distance). To achieve this, you can best write with a thick marker and in capitals. You could also choose to use a different colour/size for your marker or post-its, to get an even greater distinction between the names of the clusters and the individual ideas.

This is a tricky part. Too often people will throw away valuable ideas, without even knowing it. People often wrongfully assume that similar (looking) ideas are copies. While in fact, these ideas can lead to entirely different concepts or solutions.

Be careful when you stumble upon similar looking ideas. First, discuss the ideas with the group and ask if they can spot the differences. You can also ask the creators of the ideas to explain their idea and their underlying thinking. Challenge the group to focus on uniqueness instead of similarities. Another choice of words, a different purpose, association or starting point, etc. All these nuances can be sufficient to let an idea (which otherwise would end up in the trash can) grow into a completely different direction.

Hold back on the option to throw away an idea. Only delete ideas that are exact copies.

‘The same as…’ is a true idea killer.

This idea is the same as…

Recognising risks and disadvantages is a good thing. However, it should not paralyse the creative process and prevent a novel idea from growing into a feasible solution. To a certain extent, ideas always seem to be alike. Creativity is ultimately about combining existing elements, with the aim of creating something new. Therefore, it is necessary to emphasise the importance of looking for differences instead of similarities.

Number all ideas. Start with the first group of ideas, and continue counting until you have numbered all the ideas. Choose one person to number the post-its. The other participants can get themselves a cup of coffee or tea when the ideas are being numbered.

It’s advisable to number all ideas consistently, in the same way. So, for example, at the same position (for instance: in the right lower corner) and in equally big writing.

Let all participants read the ideas again and ask them to anonymously write down the numbers of their personal top 3 ideas on a post-it (or a slice of paper). The listing of this top 3 should be done individually and without consultation. This way you prevent participants from influencing each other. Ask participants to also prioritise their top 3 (the favourite idea at the top, followed by the idea most appreciated thereafter etc.).

Ask participants to freely choose their favourite ideas (the ones they get excited about), but give them some guidelines. Tell them explicitly that you are looking for ideas that have the potential to solve the challenge (the subject of the brainstorming session). Explain to the participants that they don’t need to be concerned with the practical implementation of the idea. How and in what way the idea will be implemented later is not relevant yet, only in the next phase.

Ask participants to write their top 3 as A, B, C.

‘A’ as the most favourite idea of the top 3, followed by ‘B’ (second best), followed by ‘C’ (third best). By writing the top 3 as an ABC list, you will prevent confusing the numbers of the idea and the order of the top 3.

Once everyone has written a top 3, it’s time to collect all the ‘lists’ anonymously.

Record all favourite ideas on a flipchart, and indicate how many points each idea has received. A = 3 points, B = 2 points, C = 1 point.

Sum up all the points and prioritise the ideas, the idea with the most points on top, and the one with the least points at the bottom.

Make a top 5 of the best ideas; the ideas with the most points.

Now you can either develop all five ideas enough to prototype or implement them, or use a technique like the ‘evaluation matrix‘ or ‘PMI‘ to select the most promising one… 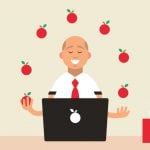 Why you should make your challenge more challengingProblem solving, Thinking Techniques 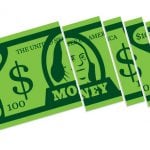