Is there anything left to improve?

The Commissioner of the US Patent Office in 1899 supposedly uttered the words: “everything that can be invented has been invented”. While it is highly unlikely that the man ever used this exact words, the appearance of new inventions every day raises the question: how long will this go on? Are we almost done? How long can we improve things before there is nothing left to change for the better?

The answer is: almost indefinitely. Every product and service can be improved. Nothing is perfect yet (though some might be pretty close). Even products that have been around for thousands of years are not flawless. Take the umbrella. The old Egyptians already were carrying these things around. Yet it wasn’t until recently that an Industrial Design Engineering student decided to properly assess the equipment. Wasn’t it terribly annoying how every time there was a bit of headwind the umbrella would turn inside-out? And what about people in a crowded city centre poking each other’s eyes out with the pointy ends of their personal rain shelters? Gerwin Hoogendoorn and his friends decided to take up the challenge. In 2006 the Senz-umbrella was introduced to the market. A new design umbrella that can face 100km/h winds without going inside-out or breaking. Apparently, a little frustration with breaking umbrellas was enough to improve a 3000-year old design.

Another product that was already in use in ancient Egypt and that barely changed in the last 100 years is the good old condom. While at first sight there is little to improve, a second look reveals some common frustrations. Aside from being an unpleasant interruption, unwrapping the condom tends to leave the user with hands smelling of rubber. Even worse, it is hard to tell which side is up when applying the product and contact with nails or jewellery can cause the rubber to rip… It’s no coincidence that last year the Bill and Melinda Gates Foundation challenged inventors to come up with “the next generation condom that significantly preserves or enhances pleasure” thereby promoting regular use and battling HIV.

Even before Bill Gates called out for action, two Dutch engineers came up with an improvement on the condom. The Wingman condom comes with two plastic wings, making it easier to apply. So easy in fact, that the condom can be applied with only one hand… “which leaves the other one free for more important things” as the site naughtily reads.

Because the wings take away the need to touch the condom itself, it is less prone to tearing and can be thinner than the standard condom.

Another smart condom design comes from South Africa. Watch the video below to view the Pronto condom’s ingenious design. It’s the predecessor of the Rapidom, one of the winners of Bill Gates’ challenge.

The umbrella and the condom are not the only ancient products that only recently have been improved. Even the wheel has been successfully reinvented. David Patrick, an avid skateboarder, did what most people would not even consider: he developed a skateboard wheel that is not only faster than the traditional wheel, but has more grip as well.

Watch the video below to see why the Shark Wheel performs so well.

If these examples prove one thing, it’s that even the most sturdy products and services can probably be improved. Do you offer a product or service that has been unchanged for a long time? Perhaps it is time to review if it really is the best possible answer to your customer’s needs…

René de Ruijter
René is one of the founders of HatRabbits. His background in both law and photography enables him to shift smoothly between very different worlds and might explain his fascination with unusual combinations.
Recommended Posts
Showing 3 comments 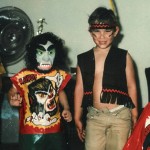 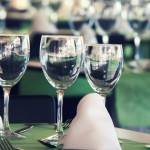