Unpleasant design – how ‘bad’ design can be a force for good

Unpleasant design is a sly way of discouraging undesirable behaviour. By making an environment or object inconvenient, bad behaviour can be prevented.

Bad habits and troublesome behaviours are the cause of many social problems. People are not perfect and left to their own devices they will make bad decisions. Decisions that hurt or seriously inconvenience others and sometimes even themselves. Luckily, behaviour can be influenced.

How people act depends on many different factors. Whether or not people do something depends on their motivation, their ability to do it and the presence of triggers to remind them to take action. There are various ways to influence what people do. If you want to encourage certain behaviour, you can make it easier or more fun. You could also present the desired option as the obvious choice (for instance, by showing that most people pick this option). If you want to discourage undesirable behaviour, however, you’ll have to use a different strategy.

To keep people from doing something, you could present an appealing alternative, show them the negative consequences or remove the trigger. Another way to influence people’s behaviour is by adding friction to behaviours you want to discourage. Making the ‘bad’ behaviours less appealing or slightly more difficult can prevent bad things from happening.

People tend to prefer the easy option, so a little bit of friction can keep them from making a bad decision.

Adding friction is where unpleasant design comes in. Where designers usually want to make things more comfortable, convenient or easy to use, designers who seek to discourage certain behaviour go the opposite way. They use design to make things uncomfortable, inconvenient and harder to use. Unpleasant design can be any number of changes in the public space to change how people behave. It allows you to manage behaviour even when there’s no authority figure around to keep people in check.

A well-known example of unpleasant design is the use of blue light to keep drug addicts from shooting heroin in public restrooms. In the blue light, it’s very hard to see your veins, thus making the room unsuitable for people who want to inject drugs.

Study the people you want to influence

Before you start thinking about designing something unpleasant, first consider your target audience. Who are the people whose behaviour you’d like to influence? Visit them, talk to them and research their motives. What do they find important? What do and don’t they like? What would deter them from doing something they really shouldn’t? Once you know the answers to these simple questions, you’ll know what to do.

Pink light to keep teens away

In some places, loitering teens are can cause quite a bit of trouble. Imagine you live in a flat or retirement home and groups of youngsters gather in the central hallway every night. The teenagers smoke and make a lot of noise, making many of the residents feel unsafe. When the teens get bored, they sometimes even vandalise the building or planters nearby. Surely you’ll want something to be done about these unwelcome guests…

Studying what teenagers tend to like and dislike will probably teach you that today’s teenagers are not really into classical music. And yes, one thing that seems to keep teenagers away is playing classical music. However, if that doesn’t have the desired effect you can always go one step more unpleasant…

In some areas, youngsters are kept away by using high-frequency sounds. The Mosquito is a ‘teenager repellent’ that was designed specifically for this task. The device emits sounds that are selected to be unpleasant to immature ears. Older people don’t hear the high tones, but teenagers find the high pitch incredibly irritating.

Of course, sound isn’t the only way to make a location unpleasant for youngsters. You can also use light to keep loitering teenagers away. After all, what is one of the things that almost any teenager is insecure about? That’s right, pimples.

Pink lights can be used to scare away teenagers, as the light accentuates acne. No teenager will willingly stand in such an unflattering light.

The wall that pees back

In some areas, problems are to be expected. Take St. Pauli for instance, the party district of Hamburg. Here, visitors of bars and clubs on the Reeperbahn drive residents to despair. After a long night of drinking, many partygoers proceed to pee against the walls in the neighbourhood and even on the playgrounds. In reaction, the local government decided to add a bit of unpleasant design. They coated some of the most frequented walls with a superhydrophobic coating. This coating is so water-repellent that urine splashes right back on the shoes of the offender.

While unpleasant design can be effective, more and more people are critical about it. Many unpleasant structures target specific ‘unwanted’ groups (like homeless people) and can be quite aggressive (like spikes in the pavement to keep homeless people from sleeping there). Furthermore, unpleasant design often focuses on the symptom, rather than the underlying problem. Spikes that deter pigeons for instance, simply lead to bigger concentrations of birds in other places.

When using unpleasant design, make sure the intervention is ethical (not unfairly targeting certain groups) and useful. Also, keep evaluating the effects. Keep an eye out for unforeseen consequences and act if appropriate.

Do you know a good example of unpleasant design? Please let me know in the comment box below. 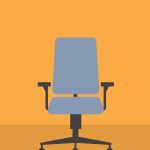 Get your ass out of the chair! – Why desk research isn’t enough.Focus, Preparation, Problem solving 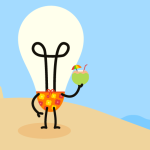