No Inspiration? Here is a Simple Strategy That Will Unleash Your Creative Ideas

Do you dream often? Well… you do, but if you don’t think so, it’s probably because you don’t remember. And that’s a shame. Dreams (and nightmares) are a wonderful source of inspiration.

Throughout history, dreams have stood at the cradle of many creative ideas. On numerous occasions dreams have been credited for producing the insights that led to break-through ideas or long-sought solutions.

In 1845, Elias Howe invented (and improved) the sewing machine, based on a dream. In his dream, he was taken prisoner by cannibals who carried spears with pierced heads. An intriguing image that stuck with him when he woke up. Elias Howe immediately went to his drawing table and redesigned the sewing machine. Using needles with hollow points.

Elias Howe is not alone. Nobel Prize laureates, scientist, artists and entrepreneurs have all been using the inspirational power of dreams. By virtue of dreams many well-known inventions, solutions and discoveries have been found.

Let’s look at a few.

One of the world’s most famous science fiction novels, Mary Shelley’s Frankenstein, was inspired by its writer’s vivid nightmare.

Director James Cameron had a similar experience when he created the titular character in the Terminator. He got his inspiration for the monstrous robot in a dream, while he was under the influence of a soaring fever.

The melody of the popular pop song Yesterday came to Paul McCartney in a dream.

The same happened to Robert Louis Stevenson with the plot of his acclaimed story The Strange Case of Dr. Jekyll and Mr. Hyde.

The majority of us is able to recall dreams in the moment of waking up. But most of the times only for a few seconds, before they vanish into thin air.

Even the details of our most remarkable dreams are often hard to preserve without a journal (or another memorising technique). Without it, dreams will rapidly be forgotten, no matter how memorable they seemed.

Turning off your smart phone alarm clock or getting distracted by the snoring sound of your loved one can be enough to steal all the attention that your newborn idea needs to settle itself in your long-term memory. Your ingenious idea will be gone before you realise what happened.

It has been proven that when you keep a ‘Dream Diary’ you become better at remembering dreams. Besides recording your pyjama adventures, the dream journal is also a great way to create a personal inspiration file. Keeping track of your dreams is an inexpensive way of finding original ideas without having to worry about patents or copyright issues.

So tomorrow, start a new habit. Put a pen and notebook next to your bed and jot down your dream, as soon as you wake up. Perhaps you’ll find that one idea, you’ve been looking for so long. 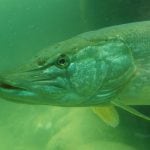 Do you suffer from the Pike Syndrome?Business Creativity 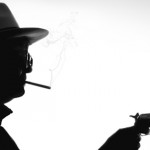