Focus on the positive

When trying to solve a problem, we tend to focus on the negative. But sometimes focussing on the positive is much more productive.

It’s obviously important to understand the problem you’re trying to solve. What are stakeholders struggling with? What’s going wrong? And what’s causing it?

Only by thoroughly understanding the problem, you can make sure you ask the right questions and prevent battling symptoms. Once you know what’s wrong, you know what to do to solve it.

Analysing the problem is important, but it’s often not enough. No matter how large the challenge, there often are many things that are already going great. It’s incredibly useful to study these positive examples. Highlighting promising examples brings energy to the process. More importantly, you can use what’s right to fix what’s wrong. Sometimes even without fully understanding what’s causing your trouble.

There are several different (yet very similar) methods to help you focus on the positive. I’ll mention three: Positive Deviance, Solutions Focused Thinking and Appreciative Inquiry.

Often, parts of the solution already exist in the current situation. By looking for positive exceptions you can use what’s already there to change your situation for the better.
Just ask yourself: When and where is your problem not occurring? And why is that?

When trying to solve a problem, it’s logical to focus on what’s wrong. But focussing on the problem is not the only way. You can also focus on the solution. When applying Solutions Focused Thinking, you focus on solutions (instead of problems), on strengths (rather than weaknesses) and on what’s going well (instead of what’s going wrong).

We tend to investigate what’s going wrong. But often there are also many things that go really well. Focus on these bright spots instead. What do you want to see more of? What do you appreciate? Draw attention to what goes well, rather than to what goes wrong.

Obviously, these methods are all very similar. The main idea is: focus on the positive instead of the negative. It will bring positive energy to the process and often leads to surprising insights and clever solutions.

Next time you’re struggling with a problem, ask yourself: can I focus on the positive instead? 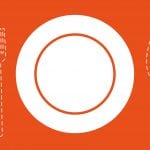 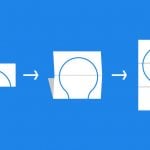