Everything can be done differently. There is always another approach. That’s why it’s important for every organisation to always be on the lookout for different methods and alternative ideas.

According to an extensive report by Gallup (a Washington, D.C.-based polling organisation), there are twice as many “actively disengaged” workers in the world as there are “engaged” workers who love their jobs.

The number of people who hate their job is shockingly high. Fortunately, it doesn’t have to be this way.

Semco is a Brazilian organisation that is known for its happy employees. While strikes used to happen regularly, there haven’t been any in the last 25 years. The employee satisfaction is all due to the provocative ideas of one man: Ricardo Semler. Recently he was in the Netherlands to talk about how he constantly challenges the status quo. HatRabbits was there to witness what we already believe to be one of the most inspiring talks of the year.

In 1980 Ricardo Semler took over his father’s company, at the age of 21, to become the new CEO of Semco (originally Semler & Company). As you would expect from a former rock guitarist, the young Semler behaved like a real rebel.

When Semler noticed that his employees were not happy, he decided to do something about it. He introduced a radical new concept: The Semco Way.

The philosophy: Give employees complete freedom, as long as their work is finished in time.

Semler carried out this idea to the extreme. Employees could interview and choose their bosses, set their own working hours and even determine their own salaries.   Attendance at all company meetings became voluntary. If a meeting would become boring, people could leave without repercussions.

Apart from encouraging a high level of freedom, The Semco Way was also about removing a lot. Semco has no business plan, no mission statement, no long-term budget, no secretaries, no HR- or IT department, no dress codes and no job descriptions. Nobody approves expense accounts. Everything is based on the idea that people use their common sense.

Ricardo Semler also introduced a program for employees to buy back one day a week, so they can spend time on activities that are important to them. Like learning to play the violin or climbing a mountain.

The idea behind the Retire-a-Little program is that there are three important things in people’s lives: health, money and time. In the beginning of your career, you’re healthy, you have some money, but no time. When you retire you have time, some money, but not always the health to do what you want to do.

The Semco Way worked. It led to a huge economic success. Within a few years, Ricardo Semler was able to turn the old hierarchical company of his father into an industrial democracy with a growth in the first decade of 900 percent. The company’s annual revenue grew from $4 million in 1982 to $212 million in 2003.

Do you know another company that used similar ideas? Or did you ever introduce a revolutionary concept like this yourself? Let me know in the comment box below. 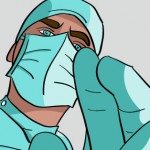 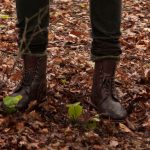