Social innovation examples – how creativity can solve any problem

Social innovation can be described as the process of developing solutions for societal challenges. At least, that’s the definition we use. Being able to find solutions for complex problems that affect society is obviously marvellous. But for most, it will seem daunting or even impossible. Where do you start and how do you go about it? Let’s look at some inspiring social innovation examples.

Social issues (problems that affect many citizens within a society) are far from rare. They range from massive, global challenges like Climate Change or the loss of biodiversity to smaller, but still hugely impactful problems like discrimination in hiring, driving under the influence, teacher shortage or famine. Social issues can also be more localised. Just think about an unsafe crossing, a rat problem in parts of a city or hooligans causing havoc whenever their club plays against their arch-rival.

Solving complex societal challenges requires a great deal of creativity. After all, if obvious approaches would’ve sufficed, we wouldn’t still have these problems.

Luckily, there are many ways to structure creativity and use creative thinking to come up with elegant solutions. Let’s look at some social innovation examples and what you can learn from these.

Look for solutions in different areas:

How to save lives by going to the zoo

In the mid-nineteenth century, French physician Étienne Tarnier was working hard to find a solution for a terrible problem; many infants that were born prematurely didn’t survive. The medical world hadn’t been able to solve the challenge and Tarnier probably wouldn’t have solved it either …if he hadn’t stumbled across a surprisingly helpful device in the Paris Zoo.

At the zoo, Tarnier noticed how an incubator was used to hatch eggs. The clever physician recognized the machine as a solution to a very similar challenge and used this insight to create the first incubator for hospital use. Within three years of introducing the ‘couveuse’, the mortality rate of premature infants had dropped by 50%.

We tend to look for solutions within our own area of expertise. However, chances are someone else has already solved our problem in an entirely different context. Look for areas where analogous situations might exist and see how people have handled similar challenges. What can you learn from these approaches?

Looking for solutions in other areas is not uncommon in the medical world. Not only the zoo proved a fertile ground for medical innovations. Hospitals have also adopted clever solutions from luxury hospitals and even the aviation industry!

While experts in other fields might’ve already done the heavy lifting for you, you don’t always have to look outside for solutions. In fact, you don’t even have to focus on the problem you’re trying to solve. Sometimes it’s more effective to focus on the very few areas where your problem doesn’t exist.

Why ignoring the problem might be the right approach

Sometimes, a challenge seems so hopeless, it almost feels pointless to even try to tackle it. Take the terrible famine that hit Vietnam in the early ’90s, for instance. Because of crop failure and dismal economic conditions, 65% of all children under the age of five suffered from malnutrition. If nothing happened, many would die.

The American NGO ‘Save the Children’ decided to investigate if any positive exceptions existed. Would there be very poor families with children at a healthy weight? Much to their surprise, it turned out there were. Studying what these poor families (unknowingly) did differently from their peers allowed the NGO to devise a programme that saved many lives. It’s often small habits and seemingly unimportant details that can make a huge difference. Uncovering these factors allows you to make a serious impact.

Focusing on the few families with healthy children might’ve seemed in poor taste, or even malicious, at first. However, true social innovators know to suspend their judgement and consider even seemingly ridiculous approaches. After all, it’s often the most outrageous ideas that turn out to be the most effective.

In 1995, Antanas Mockus (photo) was elected mayor of Bogotá, the capital of Colombia. Mockus saw himself confronted with several serious problems in the city. One of which was the terrifying number of traffic casualties. Despite employing a force of 3200 traffic cops, the city’s number of fatal accidents was as high as 1750 per year!

Mockus realised that conventional methods would not solve this pressing matter. He decided to try something quite audacious. He proposed to fire ALL traffic police. 400 of them would be retrained as mimes. Their main role would be to hand out red cards for traffic violations (and white ones for good behaviour) and parodying those who did not obey the traffic regulations.

Unsurprisingly, both fellow politicians and members of the press were bewildered by this unprecedented idea. How could their mayor come up with something this ridiculous! Confused journalists asked, “But can they fine people?” Mockus answered without flinching: “Of course not. That’s not their job.”

While it may have looked insane, Mockus had good reasons for this bold experiment. He figured Colombians valued their honour much more than their wallets. Therefore the people of Bogota were much more afraid of being ridiculed than fined. Furthermore, using mimes would help fight corruption. The fact that the mimes could not fine people, made bribery much less likely to occur.

Dare to be the Mockus in your field. Moreover, dare to allow the Mockuses among your employees to share their ‘crazy’ ideas. Suspend your judgement and you’ll create a powerful incubator for innovation.

Download our free ebook ‘a brief guide to business creativity’ for more ways to find clever solutions to a variety of challenges and help us make the world a better place. 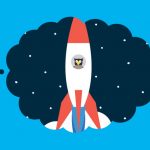