The hunt for serendipity

Innovations are often the result of accidental discoveries. Does this mean you can simply sit back and wait for a brilliant idea to hit you? Well… no. You have to hunt for it.

Serendipity, the act of accidentally stumbling upon something valuable, is more than just a lucky break. Serendipitous discoveries might be coincidental, but they are not mere luck.

Serendipity is something you can, and should, hunt for. While serendipity requires a bit of luck, it’s just as much a matter of being ready. Serendipity is largely about keeping your eyes open. It’s about actively looking for valuable insights.

A great example of a serendipitous invention found its origins in the Paris zoo. In the mid-nineteenth century, the mortality rate among premature infants was terribly high. Many infants died of hypothermia in the hospital. One of the people who was actively looking for a solution was Parisian physician Stéphane Étienne Tarnier. Tarnier was on the lookout for a way to keep the small babies warm.

It was not until Tarnier visited the Paris zoo, that he got his breakthrough insight. In the zoo, he witnessed an incubator for chicken eggs. A machine to keep the eggs warm, using a hot water reservoir. Any other spectator might not have been terribly impressed by the device, but Tarnier saw its potential. He understood that this machine could be exactly what he had been looking for.

Tarnier used the workings of the machine to build a new type of incubator; one to be used in a hospital environment, to keep infants warm. Basically a wooden box with a glass lid and a compartment with hot-water bottles. Tarnier reported that within three years of introducing the ‘couveuse’, the mortality rate of premature infants dropped with a staggering 50%. While in hindsight it is not entirely clear if this can fully be contributed to the new machine, it is obvious that Tarnier’s invention was an important step in the world of infant health care.

Tarnier did not get his insight simply because he was lucky. Any other physician might not have made the link. Tarnier was successful because he kept his eyes open and was actively looking for ways to reach his goal (keeping premature infants warm).

You have to be on guard. Inspiration can come from anywhere. You have to be ready when a serendipitous opportunity presents itself. Look for it. Hunt for it. Know what you are looking for and actively scan any new experience for valuable elements.

If you liked this article, you will probably also enjoy: 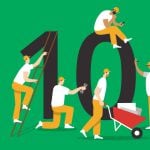 Ten ways to innovate your companyInnovation 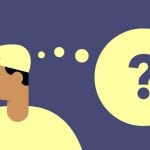 How asking questions can help you to become more creativeFocus, Problem solving