In 1968, 3M researcher Spence Silver tried to create a super glue. He failed and accidentally managed to create an incredibly weak one instead. The new glue stuck to objects but could be lifted off easily.

Spence’s new adhesive did not interest 3M management. They thought it was too weak and useless. Four years later, another researcher, Arthur Fry, used Spence’s invention to anchor his bookmark in his hymnbook, while singing in the church choir. One of the best-selling products of all time was born… Post-it®.

The invention of the Post-it® notes is one of the many inspiring examples of Serendipity.

Serendipity means “fortunate happenstance” or “pleasant surprise” and was coined by Horace Walpole in 1754. The term derived from an old Persian fairy tale called ‘The Three Princes of Serendip’, about three travelling heroes who make a lot of discoveries by coincidence and attentiveness.

Nowadays the term serendipity is mainly used as a way to describe an unintended discovery.

As medical researcher Julius Comroe once said: “Serendipity is looking in a haystack for a needle and discovering a farmer’s daughter.”

Accident has played a major role in many discoveries throughout history.

Christopher Columbus discovered America in his search for India.

Alexander Fleming was engaged in research on influenza when one of his plates became contaminated. It developed a mould that created a bacteria-free circle which led to the discovery of Penicillin.

And Percy Spencer invented the microwave right after he discovered that a chocolate bar in his pocket had started to melt from radiation.

Of course, you can’t force serendipity. Unintended discoveries just occur. You can, however, increase the chance of finding them by experimenting more. By doing things differently, you sometimes will stumble upon unexpected results that can lead to innovation.

Trial and error is a natural way to make progress. It is a wonderful way to find useful insights and ideas.

You can’t be innovative without taking risks. If you want to be original you’ll have to be willing to make mistakes. Accept that you can’t predict success. You have to try out new ideas to see which of them work.

Besides trying out alternatives, you can also train yourself in seeing value in failures.

Embracing mistakes is essential for new discoveries and inventions. Look at your failures as valuable resources. Is there anything you can learn from them? Are there unexpected results? Can you somehow make use of those results?

Most importantly of all, don’t be afraid to fail. Just have fun and enjoy the ride. The worst thing that can happen is that you discover a new way of how not to achieve your objective…

Jeroen de Ruijter
Jeroen is one of the founders of HatRabbits, creative all-rounder and internationally awarded concept developer. At HatRabbits Jeroen is ultimately responsible for concept development and creative strategy.
Recommended Posts 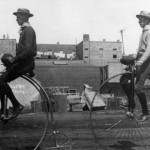 Look at the past (3/3) – Fiction turns realityBusiness Creativity, Innovation 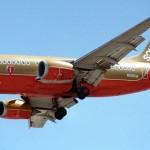