How failed innovations can be more valuable than successful ones

Three examples of how failed innovations can be surprisingly valuable

No, it’s not just because you learn from what went wrong. Innovations that miss the mark can sometimes become a huge success exactly because of how they turned out different. Failed innovations can be blessings in disguise.

At the end of a long and hard innovation process, you obviously hope to end up with a brilliant new product or service. Something exciting that will shake up your market. Unfortunately, few are lucky enough to deliver something groundbreaking as the iPhone, Airbnb or Google. These types of inventions are few and far between. Remarkable innovations like these are usually preceded by loads and loads of ‘failures’.

These failures are a necessary evil if it’s brilliant discoveries you’re after. Quantity eventually leads to quality. The more you try, the bigger your chances of finding something truly unique. And you simply won’t try many different things if you’re afraid to fail.

In other words; as an innovator, you should be willing to fail. By accepting you won’t always hit the mark, you set yourself up for innovation success.

Obviously, you can limit the damage by testing your assumptions as quickly as possible. Make prototypes and check if your idea works in practice. This way, you prevent wasting time and money on an idea that is doomed from the start. If necessary, you’ll have time to refine or ditch your flawed idea.

Regardless of how you go about it, not every innovation will be a success. Things will go wrong and sometimes results will be downright disappointing.

When these inevitable failures occur, you’re probably quite upset. Understandable, but not always necessary. While setbacks like these seem terribly annoying, there often is a silver lining. Sometimes the lining even turns out to be pure gold…

How failed innovations can be valuable

Clearly any failure teaches you valuable lessons. You’ve learned what doesn’t work. When he worked on a suitable fitting for the light bulb, Thomas Edison failed many times. About these failed experiments, he allegedly said: “I have not failed. I’ve just found 10,000 ways that won’t work.”

Learning from what doesn’t work clearly is valuable. In the next innovation project, you won’t make the same mistakes again. But there is also another reason to study your failures closely: your ‘failed’ innovation attempts can unexpectedly prove to be very useful after all.

When something is wildly different from what you expected, it usually doesn’t fit your initial need. It won’t help you reach your original objective, but it might be useful in unexpected ways. The fact that the outcome is unforeseen means that it is likely to be unusual. A new situation has presented itself and experienced innovators will take advantage of this.

Take the ‘failed’ experiments below, for instance:

Weak glue proved powerful after all

In 1969, chemist Spencer Silver attempted to create a super-strong adhesive for the aerospace industry. Instead, his invention turned out to be a very weak glue instead. It was only capable of temporarily sticking things together. It seemed worthless, and it took years until a colleague of Silver saw the impermanent glue’s potential. Silver’s colleague Art Fry sang in a choir and used pieces of paper to mark the pages in his hymnbook. Often the bookmarks would fall out. When Fry learned about Silver’s invention, he started using it to stick his bookmarks to the pages of his book. It took a few more years, but eventually, Fry’s vision led to the post-it notes that to this day dominate offices around the world.

In 1957, Alfred Fielding and Marc Chavannes tried to create a textured wallpaper by putting two pieces of plastic shower curtain through a heat-sealing machine. The result initially disappointed them: a sheet with air bubbles trapped inside. While Fielding and Chavannes recognised that the bubbly material wouldn’t be very successful as wallpaper, they weren’t willing to give up on it either. In 1960, the duo founded the company Sealed Air Corporation to continue developing their unusual invention. In 1961, they started using their material as packaging material. As luck would have it, IBM had just introduced their new 1401 computer and needed a way of protecting the vulnerable device during transport. The ‘failed’ wallpaper was just what they needed. The bubble wrap turned out to be a far better way to protect goods during shipping than what was usually used at that time: old newspapers. Started as a failed attempt at creating a new type of wallpaper, Sealed Air went on to become a multi-billion-dollar company.

Dried up dough for breakfast

Many people start their day with a bowl of cornflakes. But few people know that the crunchy treat started as a mistake. In 1894, brothers John and Will Kellogg tried to make dough from boiled wheat. By mistake, they left the batch to dry for too long. As a result, when they tried to roll it out, the dough splintered into dozens of individual flakes. Out of curiosity, the brothers decided to bake them anyway. A new type of cereal was born. Later, the wheat was replaced by corn. In 2018 Kellogg’s had a whopping revenue of 13,5 billion dollars. Not bad for a dried-up batch.

The main takeaway from all these unlikely success stories, it’s that innovators should embrace failure. To innovate successfully, you have to accept that not everything will go as planned. Innovation is all about experimentation and learning from your ‘mistakes’. But equally important is watching out for unexpected results. Failed innovations that initially seem worthless might be far more valuable than whatever you were aiming for!

Ready for the next step in your innovation process?

Contact us and let’s discuss how we can help you to take your innovation process to the next level! 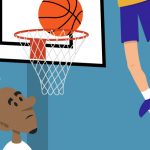 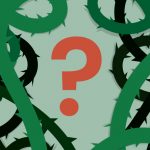