At HatRabbits, we don’t aim for quality… at least, not directly.

In most organisations, the focus is on quality. If a manager would suggest the employees should pursuit quantity instead, he or she would probably receive some puzzled looks. Yet, at HatRabbits this is exactly what we do. When generating ideas, our main goal is to generate as many ideas as possible.

The power of quantity

What many people fail to realise, is that in creativity quantity leads to quality. Look at it this way: the more ideas you generate, the bigger the chances are that you will stumble upon a brilliant idea. It’s a numbers game. When generating ideas, you will start out with the most logical ones. These ideas are reasonable, but they are usually not very original. Only after a while, once you feel like you hit the bottom of the idea barrel, you will start to think of ideas that are not as obvious. You will slowly drift further from the logical path. This undeniably will lead you to many ridiculous and impractical ideas. Yet it will also bring brilliantly creative ideas in reach. Ideas you would normally never even consider.

I’ll illustrate this bold statement with a real life example from Belgium:

If you can’t beat them…
If you’ve ever been in Ghent, Belgium, you know that it is a beautiful old town. Medieval architecture still persists as a silent witness to the days Ghent was one of the largest and richest cities in Europe. A couple of years ago however, a new trend threatened to conceal all this splendour at a furious pace…

The municipality of Ghent saw itself confronted with a troubling occurrence. Fly-posters for obscure underground parties and concerts plastered the streets with their announcements. Every available (yet inappropriate) empty wall and electricity box was soon covered with illegal posters.

Had the responsible people at the municipality settled for their first good idea, the result would probably be camera surveillance, more police on the streets or higher fines for fly-posting.

But what if you dare to go past the first few decent, yet obvious, ideas? What if you keep generating ideas to escape the boring mediocrity that everybody expects? After all, there is ALWAYS a better idea.

The municipality certainly didn’t settle for an obvious idea… In fact, city officials soon started to plaster the city themselves! Yet their posters had a rather different message…

In a clever attempt to render the illegal posters useless, the officials pasted a new poster on top of the illegal ones. The text on the new poster? …‘CANCELLED’ or ‘NEW DATE’.

The campaign proved to be successful. While the fly-posters complained that they didn’t think this was fair, they did cease their illegal activities.

If you are in a situation where you need to find a clever solution or a new approach, don’t EVER settle for your first decent idea. Instead, try to come up with as many ideas as possible. You will find that the chances of stumbling upon a brilliant approach will be much much bigger.

A reassuring message:
Like I wrote before, the pursuit of quantity does not mean that there is no room for criticism and quality requirements. Striving for quality is admirable, and it is absolutely necessary. However, in the ideation phase (the moment of idea generation) the quality of ideas should not yet concern you. In this phase, your main concern is collecting as many ideas on the subject as possible. Good ideas and ‘bad’ ideas are equally acceptable. Not to worry though… once you’ve collected a large number of ideas it’s time for some serious criticism. In this ‘evaluation phase’, you assess the ideas thoroughly. Examine the feasibility and impact of the generated ideas and mercilessly expose every risk and flaw. For a fresh idea is rarely perfect and will usually need quite some sharpening before it can be implemented… 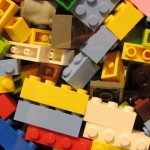 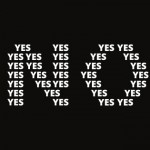