Be butless and use the ‘Creative No’

Idea killers are omnipresent in everyday life. They are responsible for the mass murder of thousands and thousands of original ideas each day. I like your idea, “but”… a little word that drains all the energy out of a room and can kill any brilliant idea within the blink of an eye.

At HatRabbits we’ve banned the word but from our vocabulary a long time ago. I urge you to do the same.

When we explain our butlessness to people, we often get a ambiguous reaction: “Yes, you are right. ‘But’ is annoying, but it’s also very useful and powerful. Sometimes I have no other way to express myself than to use ‘but’ in a sentence.”

People use ‘but’ all the time. They don’t realise that it triggers a reaction of resistance from the opposing side. When you use ‘but’ in a sentence you undo everything that you’ve said before.

“Your idea is amazing, but it will never work.”

It’s hard to kill an idea killing habit. So don’t be surprised if your colleagues won’t stop using ‘but’. If you explain the but-problem to them they will come up with arguments such as:

Yes you are right, but I use it all the time.
Yes, that might be true, but it is very useful.
Yes, that sounds logical, but I need it to make a point.

Nobody is born an idea killer. Most people have good intentions and don’t kill ideas on purpose (let alone for fun). They rather want to be creative and positive. Yet they don’t know how to do that.

The word ‘but‘ gives the false impression that you are being positive and realistic at the same time. We have a natural bias towards risk spotting and that goes hand in hand with the use of ‘but’.

That’s why you have to give your colleagues the tools to make a change. Teach them to be constructive. Let them replace the word “but” with “and” (if possible) or else with “however“. This sounds like a minor detail, though changing this little word will make a major difference. ‘However’ can mean the same as ‘but’, AND it’s a much more neutral expression.

I love your suggestion and I think you can find an even better one.
That’s a great idea, however I have some concerns I want to share.

The Creative No
In addition to replacing ‘but’ for ‘however’, you can also introduce “The Creative No”. Saying ‘no’ to something is usually dull and impolite. At the same time, saying ‘no’ is very practical in conversation and allows us to share our concerns. Communication is key to creativity and innovation. You have to understand why people don’t embrace your idea, so you can fix it.

With the Creative No everybody can say ‘no’ to anything, however the one that says ‘no’ has to come up with a better alternative. Pointing out the risks and flaws is easy. Thinking up a creative solution and surprising alternatives is lot harder.

You will notice that replacing the word ‘but’ with ‘and’ or with ‘however’ and using the Creative No will make your workplace a much more fun and positive environment. Besides, it will lead to a much more open and friendly setting for sharing and discussing ideas. 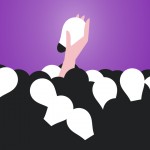 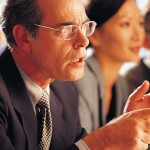