Athletes want to win. No matter what. And in finding ways to beat the opposition, they can be cunningly creative…

Like all games, sports have rules. While these rules are meant to limit the player’s possibilities, they also provide opportunities to get the upper hand. Creative players use the rules to their advantage all the time.

No polo without a horse

Polo used to have a strict safety rule. Whenever a player would fall off his horse, the game would be stopped immediately. British player Humphrey Guinness recognised that this rule provided a loophole that could be exploited to beat strong opponents. When, during a match in 1936, Guinness saw the opposing team was about to score, he didn’t hesitate and hauled himself off his horse. The other team scored, but because Guinness was on the ground, the game had stopped and the goal was simply disqualified.

After this, the rules were changed. Nowadays, if a player falls off his horse, the game continues unless the player is injured.

In his best-seller ‘The 4-hour workweek’, Tim Ferriss describes how he won the gold medal in the Chinese Kickboxing National Championships. This seemed impossible at the start. Not in the least, because he entered the competition on a dare and had only four weeks to prepare. Clearly he was not going to win this the normal way.

Ferriss used a different approach. He started by studying the rules, looking for loopholes. He found a few. For starters, he noticed that the weigh-ins that determine in which category you compete are the day prior to the competition. Ferriss thus used dehydration techniques to lose 28 pounds and, immediately after the weigh-in, regained this weight again by ‘hyperhydration’. As Ferriss writes in his book: “It’s hard to fight someone from three weight classes above you. Poor little guys.”

The second thing Ferriss noticed while studying the rules, is that when one combatant falls off the elevated platform three times in a single round, his opponent will automatically have won. Ferriss focused his training, not on kicking and punching, but on pushing. During the actual matches, the much heavier Ferriss simply pushed his opponents from the platform three times in a row. Not a pretty victory, but a victory nonetheless.

The barely-trained Ferriss won all his matches by technical knock-out and went home national champion.

By knowing the rules, football legend Johan Cruijff managed to score an iconic goal in 1982. He did something the keeper was utterly unprepared for.

Cruijff knew that the rules didn’t prescribe that during a penalty the ball has to be kicked directly at the goal. The ball just has to be played forward. This ‘loophole’ made this memorable moment possible and the trick was later recreated by Lionel Messi and Luis Suárez.

Use the rules to your advantage

Athletes are experts in finding possibilities where none are apparent. They look at the rules and use them in unexpected ways to best the competition. But if athletes can do this, why can’t you? Organisations generally have lots of rules. Both written and unwritten. These rules have usually been installed for good reasons. Often they (seem to) limit your possibilities and prevent you from solving problems. However, looking at them creatively might offer you unexpected opportunities.

Whenever you encounter rules that seem to hinder progress. Ask yourself: “Can I break or bend this rule? Or can I use it to my advantage?” Limitations often prove to be blessings in disguise.

How can you use the rules to your advantage? 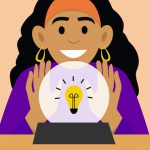 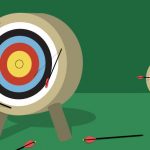