How pilots can help surgeons

It doesn’t matter in what business you operate, every once in a while you will encounter a problem that needs to be solved. Sometimes logical thinking and past experiences will lead you to an adequate solution. Often, however, existing knowledge and experience are not enough.

Earlier I wrote about the benefits of including outsiders. While it may seem illogical to turn to people who know nothing about your field of expertise, there are very good reasons to do it anyway. Turning to other fields is a great way of finding innovative solutions to tricky problems.

Turning to peers will only get you so far. If you can’t solve a problem with all your expert knowledge, what makes you think others in your industry will? Chances are that other businesses in your field have thought of roughly the same approaches.

However, people in other fields that encounter a similar problem will approach it in a completely different way. After all, they have very different experiences and knowledge. Because they look for answers in different directions, they usually will end up with very different ways of tackling the situation.

An astronomical solution
What unrelated professions can you turn to? Often ‘your’ problem has already been solved in a completely different industry. I recently met a manager of a major international steel company who told me about a tough challenge they faced. They had approached all other large companies in their industry to see how they had tackled this issue. It turned out to be a futile endeavour. The other companies had introduced similar approaches to those that the steel company had tried itself (with unsatisfactory results). They also had encountered the same disadvantages of those approaches. The manager then decided to take a look at other industries instead. In the end, they found a simple yet effective solution to their problems in a factory that processes potatoes!

The same steel company recently announced its collaboration with an astronomical institute. To monitor the quality of the kilometres of steel that roll out of the machine every hour, an unusual partnership was needed. To detect the tiniest of inconsistencies in their steel, the steel company will now use powerful technology that astronomers normally use to scour the universe looking for very small changes in the night sky.

Pilots in the hospital
Of course, unusual collaborations happen in other industries as well. What to think of a Rotterdam-based hospital that joined forces with a large airline? To reduce long waiting lists and -times, the hospital adopted the airline’s passenger planning system.

Not just problems with planning were tackled by looking at other industries. The hospital also wanted to improve the safety of its surgeries. It copied the risk management method that a major computer chip manufacturer uses. To further improve the quality of its surgeries, the hospital turned to the airline industry again.  The ‘black box’ that is used in aeroplanes stood model for a new procedure: all surgeries are now filmed so that they can later be evaluated.

Efficiency and risk management are just two of many areas where insights from other industries can prove valuable. As you might imagine, customer service is a subject that is particularly suited for cross-field innovation. For instance, hospitals are now looking at other businesses to see how they could improve their service.

Patients who visit a hospital are often rather nervous. How could a hospital put its patients at ease upon arrival?

Well, how about valet parking? A valuable lesson learned from the hotel business. Patients who don’t have to worry about parking their car are less stressed, listen better to instructions and therefore often recover faster.

I hope that by now I have triggered you to look at other industries, the moment you encounter a tough business problem. While it is certainly not wrong to check how other organisations in your own industry have handled similar situations, the most valuable insights might be gained by looking at entirely unrelated fields! 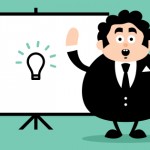 How to pitch your ideasPresentation 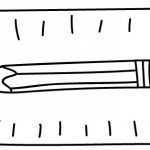