From problem to opportunity – Part 3: go along with your adversary

Some annoying situations are inescapable. When you can’t change it, it’s best to accept a difficult situation. However, this is not the same as giving up! Often, a problematic situation brings unexpected opportunities. The trick is to recognise and utilise these opportunities. In my last article, I wrote how sometimes you can use a problem to your advantage. In this article, I’ll share two different ways to deal with tough problems; go along with your adversary or focus on ‘why’ instead of ‘how’.

Approach 1. Go along with your adversary

Many problems have to do with human behaviour. People act in a way that goes against your interests. In many cases, you can change their behaviour by nudging them in the right direction, by using game elements or by using Tiny Habits to make the behaviour you prefer as easy as possible. Sometimes, however, it is more effective to go along with your adversary. Be like a martial arts teacher and use your opponent’s force to get where you want to go. Utilise the movement that has also been started to your advantage. Sometimes it’s easier to direct a moving object towards your goal than to stop the movement altogether.

Step 2. Utilise the behaviour and use the needs of your opponent to your advantage
How could you use the other party’s behaviour to reach your own goal? Can you use your opponent’s needs to move towards your own desired outcome?

The store owner chanced his door policy. To enter the store, people now had to pay a €5 entrance fee. However, if a visitor would actually buy a book the €5 would be deducted. What happened? The Potter fans were not deterred. The entrance fee hardly brought down the number of fans entering the store. What did change (apart from a huge new stream of entrance revenue) was how many books they bought. As they already paid 5 euro’s upfront, many visitors figured they might as well buy a book while they were at it. The bookstore now sells about 285.000 books a year.

At most schools running in the hallways is forbidden. At the Tovshøjskolen in Denmark however, the leadership figured that trying to keep children from running goes against their natural behaviour. They solved the challenge in a different way. The school divided the hallway into two lanes; one walking lane and one running track. The result: teachers carelessly stroll to their classes, while children race the corridors and are more energised than ever.

Wunsiedel is a beautiful little town… but also a pilgrimage for neo-Nazis. Residents were not happy with their yearly visitors and came up with a plan… (see the video below)

Approach 2. Create a new reality by looking at the ‘why’

When a problem can’t be eliminated, ask yourself how to utilise it. Accept that the old world no longer exists and embrace the ‘new reality’. Don’t focus on the ‘how’ (the means), but on the ‘why’ instead. What goal do you want to achieve? It might help to ask the Why-question multiple times, as each question brings you closer to your goal.

Step 1.  Identify your need
What is it you’re trying to achieve? What do you desire? Or what does your customer desire?

Below are some inspiring examples of companies that adapted to the circumstances.

On the website ‘de klas van 2020‘ (the class of 2020) children can take a school picture via their webcam. This way, a cheerful class photo is possible, even in times of social distancing.

The Big Issue – Pay it forward

The Big Issue is an English street magazine, sold by homeless people. The people behind the magazine noticed that fewer and fewer people carried small change, making it increasingly hard for the people selling these magazines to make the sale. The Big Issue embraced the new trend and introduced a new payment method. The new payment method not only allows people to pay digitally, it also makes it easy to earn a bit more money for the initial vendor.

From problem to opportunity – Part 2: use the problem to your advantageBusiness Creativity, Problem solving 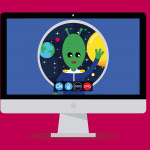