Every contradiction is an opportunity to find creative solutions. Use contradictions to innovate and you are likely to find beautiful win-win situations.

Many problems consist of a conflict of interests. You need to satisfy two demands that seem incompatible. For example, you need more computing power but, at the same time, you have to cut costs. CPU isn’t cheap, so this is a problem. As the saying goes ‘You can’t have your cake and eat it too.’ Both goals can be achieved, but achieving them at the same time seems impossible. It appears you need to make a choice. Either cut costs, ór buy extra CPU.

Contradictions like these are nasty dilemmas. Assignments that set you up to fail. However, it’s precisely these ‘annoying’ situations that should excite you, for each contradiction is a wonderful opportunity to innovate. Take the example above, for instance. Providing more computing power without spending any extra money. This was the impossible task given to the people working on the SETI project.

SETI stands for ‘Search for Extraterrestrial Intelligence’. This search is mainly conducted by analysing radio signals. Unfortunately, this quite a time-intensive job, requiring lots of computing power. In the ’90s the required computing power started to become a problem. SETI needed much more CPU than it had available, but there was no budget to buy new supercomputers. The task the SETI engineers were faced with: double or triple our computing power without spending an extra penny.

Quite the challenge, as supercomputers aren’t cheap. Luckily, a clever scientist came up with an ingenious solution. David Gedye, a computer scientist working at Berkeley, realised that the extra CPU didn’t necessarily have to be paid for by SETI. Gedye knew that most people only use a fraction of the CPU available in their personal computer. Could the excess CPU be used by SETI? Gedye came up with SETI@home; consumers can ‘donate’ their excess computing power to a cause of their liking (for instance, the search for extraterrestrial life). All this excess CPU will then be used to run analytics. A brilliant strategy. In the years since the project has been launched, millions of people have donated their excess CPU to SETI. Together, all these little bits of computing power basically form an enormous supercomputer.

Is your contradiction correct?

Contradictions can be found anywhere. You hear them in politics, you read them in vision documents and if you’re really unlucky you notice them coming from your manager’s mouth. Think about statements like the following:

While many contradictions may sound utterly hopeless, you can often take advantage of them.

Almost automatically, we assume that getting results faster will cost more, that doubling production requires more time and that more asphalt leads to a decline in nature. But are these assumptions correct in your specific situation? Often you either don’t have all the information or you’re making assumptions that aren’t true.

These goals seem irreconcilable. A washing machine that is both light and heavy seems impossible… until you realise that this is a false contradiction. After all, the machine does not have to be light and heavy at the same time. It only has to be light when you want to move it. And that will always be a different time than when you use it to wash your clothing.

Aim for a win-win instead of a compromise

When faced with an apparent contradiction, it is tempting to choose the path of least resistance: a compromise. Try to resist this temptation. When compromising, neither goal will be fully satisfied. In other words: everyone can live with the results, but it doesn’t make anyone really happy.

Instead, use contradictions to innovate. Look for a creative solution that turns the apparent contradiction into a win-win scenario. Analyse the situation and look for opportunities. Is the contradiction valid? What assumptions do you make? It is necessary that both goals are achieved at the same time or at the same place? Are both goals truly as incompatible as they seem?

Don’t settle for achieving both goals partially when you could achieve both completely.

Use contradictions to innovate: a few examples

Below are three examples of creative solutions that achieved two ‘conflicting’ goals at the same time.

Balls instead of bulls

In Spain, the traditional bull-run is still very popular. However, opposition grows. Not only is the tradition very dangerous to those who participate, but it is also heavily criticised as a form of animal cruelty.

Challenge: remove the animal suffering while simultaneously keeping the tradition

Assumption: you need bulls to maintain the Spanish tradition of bull-running

Solution: replace the bulls with enormous polystyrene balls that are rolled down a hill

A bus that never shows

A German Alzheimer clinic had a recurring problem. Once in a while, a patient suffering from dementia fled the clinic. A same pattern emerged: a patient with damaged short-term memory doesn’t recognise his or her surroundings, the patient panics and flees the clinic. The result: a confused patient roams the streets, the patient’s family is very worried and the police have to be called to track down the runaway patient before accidents happen. While the people working in the clinic were determined to solve this problem, they didn’t want to simply lock the doors. After all, if a patient would find out that is is impossible to leave, this person would panic even more.

Challenge: prevent patients from fleeing into town while simultaneously keeping all doors unlocked

Assumption: we have to keep patients inside to prevent them from wandering off

Solution: install a fake bus stop in front of the clinic. A bus stop where no bus will ever stop. While patients’ short-term memory is damaged, their long-term memory generally isn’t. Seeing a bus stop triggers a memory: ‘if I wait at a bus stop, a bus will come to drive me home.’ The patient takes a seat and calms down. After a while, a nurse casually walks by to inform the would-be traveller that the bus is delayed. However, while waiting, the traveller is more than welcome to come inside for a cup of tea. Of course, shortly after entering the clinic, the patient has forgotten all about his or her plans to leave.

Many Spanish theatres ran into problems due to an increase in tax in 2013. Visitors thought the ticket price had become ridiculously high and stayed away. However, simply lowering ticket prices would mean a drop in revenues for theatres and thus wasn’t a popular option. A comedy theatre wanted to solve the problem creatively.

Solution: entrance is completely free. However, afterwards, visitors pay for every time they laughed during the show. Didn’t like the show? Then you don’t pay a thing.

How can you use contradictions to innovate?

What are the contradictions you’re faced with? Are the assumptions you make correct? Or might you be able to turn an impossible challenge into a brilliant win-win scenario? 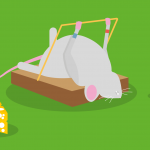 From problem to opportunity – Part 3: go along with your adversaryBusiness Creativity, Problem solving, Thinking Techniques 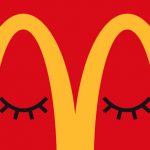