Your idea sucks – Beating the Not Invented Here syndrome

I confess, I have a lot of bad ideas. Some are even illegal, completely off topic, or plain weird. And that´s fine because it enables me to reach creative, feasible alternatives. Of course, many times the quality of an idea is debatable until it has proven itself. However, if you are completely honest with yourself, you will know if an idea is promising or not. Finding the right idea is an art of intuition.

Beating the Not Invented Here syndrome

Several years ago I worked as a concept developer at an advertising agency. I developed a friendship with the creative director. We connected on a personal and business level, because of our common interests and shared taste in design. We created lots of original ideas within a short period of time. We learned, so to say, to speak each other’s language.

There was only one problem.

When the creative director was out of town, another supervisor – from another department – would kill my ideas. He would stab my ideas to death within the blink of an eye. Without any real arguments or solid reasons. He just didn’t like my ideas…

Every now and then other people (our clients, colleagues or managers) dislike our ideas and that is fine. It’s useful as it forces us to take a step back and rethink every aspect of our idea. It’s always good to stay critical and to have someone on your team who is able to play the role of the devil’s advocate.

Sometimes, however, the reason why people don’t like our ideas is not because of the idea itself, but because of the context in which the idea was created. When this happens, people reject ideas that are not their own. This phenomenon is called the Not Invented Here syndrome.

People that suffer from Not Invented Here syndrome tend to avoid ideas that are created outside of their environment. External ideas make them feel out of control. Most of all, they fear that the ideas are of lower quality than their own ideas. That´s why these people keep reinventing the wheel while there are usable alternatives available.

Although the Not Invented Here syndrome is a complex problem, it is solvable. The first thing to do is to recognize why someone is rejecting your idea. Be honest with yourself. Is your idea really brilliant? Or does it just seem good because you want it to be? If this question makes you doubt, use Edward de Bono’s PMI technique. With PMI you will be able to tell if an idea will work or not.

If you are still (or even more) enthusiastic about your idea, you can use the outcome of the PMI session to convince other people of your idea.

1. Ask to look for benefits
Tell the person who is likely to reject your ideas a few of the advantages you’ve written down. Don’t mention them all, just a few. Ask him what other advantages he sees. This way he needs to shift his thinking AND, even more importantly, you make him see advantages.

2. Ask to look for weaknesses
Explain that the idea is not perfect. Most ideas need to be shaped and strengthened. Mention some of your ideas weaknesses. This may sound weird (or weak) because you want to sell your idea but it’s a powerful way to pace someone’s mindset. It shows that you have an unshakeable confidence in your idea and that you are prepared to accept and see its flaws. Ask the person that has to be convinced to add disadvantages.

3. Ask for creative ideas
It’s easy to see what’s wrong with an idea but it takes real thinking power and a creative attitude to make an idea work. Ask if the other person is able and willing to come up with ideas to improve your idea and to solve its weaknesses. (You can easily prepare this phase. With PMI you can already predict a lot of the negative aspects of your idea and you can use other thinking techniques to think up ways to solve these flaws.)

As for my own story, I was able to turn the situation around in a very simple way. I told my boss that I could have never come up with my ideas without the help of his insights… I made him literally the owner of my ideas. I made him indirectly responsible for the quality of my work. This way he had to make a choice. Either he had to accept and defend my ideas – as if they were his own – because they were based on his own thoughts. Or he had to reject my ideas knowing that he would be indirectly rejecting his own strategies. He did the former and I was able to continue coming up with weird ideas that work…

Have you ever experienced a moment of utter frustration when an outsider killed one of your ideas, while you were sure that it was brilliant? Or did you ever notice symptoms of the Not Invented Here Syndrome within your company or team? Please let me know in the comment box below, I’d love to hear your stories.

Of course, it’s even better to prevent the Not Invented Here syndrome all along. Include stakeholders to make sure you end up with an idea that has all the support to be implemented successfully. 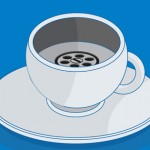