Not Invented Here – How the Toothbrush theory hinders innovation

You’ve probably heard of it: the ‘Not Invented Here syndrome’. People tend to reject solutions that originated outside their team, department or organisation. Luckily, you can avoid triggering the syndrome.

What is the Not Invented Here syndrome?

The Not Invented Here syndrome is a term used to describe the situation where a perfectly fine solution is rejected, simply because it has been developed outside of the own organisation or department. The Not Invented Here syndrome is sometimes also referred to as the ‘Toothbrush theory’. After all, a solution is much like a toothbrush; everybody wants one, everybody needs one, but nobody wants to use someone else’s.

How do you recognise the Not Invented Here syndrome?

There are several indicators that might point to the Not Invented Here syndrome. If you hear one of the following idea killers, you’re likely dealing with people who consider your solution a used second-hand toothbrush:

What causes the Not Invented Here syndrome?

The urge to reject external ideas can have several causes. First of all, external ideas are scary. Who knows what hidden agenda is behind such a new idea. It might lead to all sorts of changes. And who’s to say those changes won’t cost me my job? Surely keeping things the way they were is the safe option here…

Secondly, people tend to just value their own ideas more. Specialists will often believe that nobody knows more about their area of expertise or can do a better job than they can. And now you’re telling them someone from ‘outside’ came up with a very good solution? Yeah, right…

Both of these reasons for rejection are caused by a lack of trust. As people don’t know these ‘outsiders’, how can they trust their solution?

And, last but not least, there’s the ‘confirmation bias’; people prefer ideas that confirm their own beliefs. We all suffer from this bias. It makes that we embrace whatever confirms our world view, while we ignore or reject whatever contradicts our beliefs. A great weapon against confirmation bias is ‘PMI’, a simple technique developed by Edward de Bono and described in this previous article: https://hatrabbits.com/en/pmi/

What makes the Not Invented Here syndrome problematic?

Rejecting solutions from others may seem harmless, but in practice it can be quite troublesome. It causes teams, departments and organisations to continuously and unnecessarily reinvent the wheel. Obviously this double work is a waste of time and money, but reinventing the wheel also means losing opportunities. After all, in the time people spend reinventing the wheel, they could have been doing much more useful work. They could’ve improved their product, optimized the customer experience or developed solutions for problems that haven’t been tackled by outsiders yet.

How to prevent the Not Invented Here syndrome:

It’s in teams’, departments’ and organisations’ best interest to arm themselves against the Not Invented Here syndrome. You can raise awareness around the syndrome, and that might temper the effects a bit, but we all know that ‘homo economicus’ doesn’t exist. People aren’t a 100% rational (not even close), so even awareness will not solve this problem. Luckily, there is another way of battling resistance against new ideas.

Let’s see. In which situations do people accept a solution?

The first point is tricky. An idea can be brilliant, but not every brilliant idea will be recognized as such. British philosopher Alfred North Whitehead said it well: “Every really new idea looks crazy at first.”

The second and third points illustrate why you should always explain how a solution benefits those involved. Whatever change you propose, always emphasise why it’s in the stakeholder’s best interest. Recognising that a solution is in one’s own best interest increases the chance of cooperation tremendously. However, it’s precisely biases like the Not Invented Here syndrome that make people blind for the benefits of an idea.

The fourth point, however, is the key to disarming ‘NIH’.

Never develop a solution without including the people who’ll have to work with it. Not only will you miss important input from those who know the situation best, you’ll also risk the solution being rejected later on. Always start by working out who the stakeholders are. Who has to deal with the current problem and who will probably have a role in implementing the solution? Talk to these people and include them in the development of the solution. Let them contribute. Make good use of their insights and experience to create the best possible solution. Involve people in the development of a solution and they’ll embrace ‘their’ solution.

How to include stakeholders during isolation

Obviously, you now want to include the right players to find a solution that’s supported by all major stakeholders. But how do you go about it when getting together for a meeting (let alone a brainstorm session) is not an option? We can help you organise a productive online brainstorm session in seconds. Simply schedule a free demonstration of our online brainstorm application Brightstorming or give us a call on 010 30 70 534 for more information. 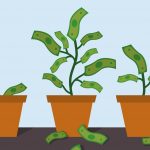