Biomimicry: using nature as a tool for innovation

In Japan, the 500-series bullet train was designed to be one of the fastest trains in the world. It could travel 200 miles per hour. It had only one big side effect. The atmospheric pressure would build in a narrow space causing a large “boom” when entering a tunnel. The sound was so loud and the Japanese noise regulations so strict that the problem threatened to stop the bullet train in its track. The solution: a bird.

How a bird saved the bullet train

Eiji Nakatsu, an engineer at JR West and avid birdwatcher was assigned to solve the problem of the bullet train noise. As is often the case, looking for solutions in unexpected places proved key. Nakatsu eventually found the solution in the way a kingfisher moves from low-resistance air to high-resistance water. Because of the shape of its beak, the kingfisher is able to dive into the water at an enormous speed, without making a splash. Nakatsu modelled the front side of the train on a kingfisher’s beak. The new bullet train design not only travelled more quietly, it travelled 10% faster and used 15% less electricity.

‘The kingfisher and the bullet train’ is an example of biomimicry; innovation inspired by nature.

Biomimicry is not new

Using nature as a source of inspiration is not a new concept. The old masters like Leonardo da Vinci and Gaudi already used elements they copied directly from nature. Biomimicry has not lost its value though. Far from it, we need it now more than ever. We need to adopt more sophisticated ways of thinking and smarter technology to solve the environmental challenges we will face in the coming decades. The catalogue of products from biology, from nature’s 3 billion year development program will give us loads of examples. Studying the way nature does things, will provide you with a lot of answers and innovations.

Velcro is another great example of biomimicry. In 1948, Swiss engineer George de Mestral removed burrs from his dog. When he took a closer look under a microscope he noticed the small hooks at the end of the burr needles. This discovery inspired him to design the now omnipresent Velcro.

A solution that sticks

Looking closer at an object or an animal can teach us a lot and can sometimes lead to stunning results. Take the gecko for example. Geckos are remarkable creatures. They can stick to the ceiling and climb even the most slippery surface with ease. The secret behind their phenomenal grip lies with millions of tiny keratin hairs on the surface of each of their feet. As incredible as it may sound, the sticking power of one of their feet is sufficient to carry the weight of a child. No wonder the gecko inspired scientists to make Gecko tape. A material covered with nanoscopic hairs that can be used underwater and at zero gravity. Rumour has it that covering a person’s hand with the tape would suffice to let them stick to the ceiling.

Ask yourself: ‘how does nature solve this?’

Yet another remarkable animal is the termite. Architect Mick Pearce studied African termite dens and their self-regulating temperature system. The inside of a termite den holds steady at 30 degrees Celsius while the outside temperature swings wildly throughout the day from below zero to high over 37 degrees. He used the same techniques in his design for the Eastgate Centre, the largest office and shopping complex in Zimbabwe. The building uses 90% less energy than a conventional building its size.

Next time you need creative ideas to solve a difficult problem, ask yourself: “What would nature do?” or “How does nature solve this?”

Before you start thinking about new approaches yourself, see if you can use an idea from nature’s ‘sourcebook of solutions’. Chances are that nature already solved your problem (or a similar problem) in an elegant way…

Have you ever used nature as a source of inspiration? Or do you know another inspiring example of biomimicry to add to my article? Please let me know in the comment box below.

Feel free to share this article with your network by hitting one of the buttons below. This way other people can benefit from the article as well. 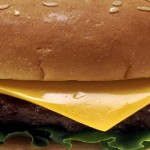 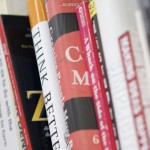