How an Idea Archive can fuel your innovation process.

Out of all the ideas that are generated in a creative session, only a handful will be implemented afterwards. Usually, the rest will quickly be discarded. Ideas that are impractical, expensive or simply ‘weird’ rarely survive the selection phase. However, throwing these ‘crazy’ ideas away is a waste of potential.

At HatRabbits, we create an idea archive for every new project. We collect all generated ideas in a single file, organised by theme. Even the ‘crazy’ ones. After all, even ideas that won’t make the cut this time, can fuel innovation at a later moment. Whenever a new challenge raises its head, these ‘old’ ideas can be looked at for inspiration. In a new situation, these ideas might spark surprising insights and lead to clever solutions. It might even happen that what seemed ridiculous at the time, suddenly turns out to be very useful.

At first glance, many ideas seem implausible or even utterly absurd. After briefly having joked about it, most people will discard ideas like these in an instant. Craziness. No time for that. What use are unrealistic ideas when you’re trying to solve a serious problem?

Still, I would urge you to save even the most far-fetched ideas. Collect them in a searchable idea archive. Perhaps it seems like a waste of time to you, but remember: almost every unrealistic idea will become feasible at some point. Perhaps your idea seems completely out of reach now, but what happens when a new law comes into place, when a new technology becomes available or when the price of a certain commodity drops? Is it conceivable that an unexpected development will bring the realisation of your ‘crazy’ idea within your grasp?

How fiction can become reality

Many revolutionary thinkers were laughed at when they first shared their groundbreaking idea; their ideas rejected as “unachievable”. Only much later it turned out how brilliant their idea truly was.

Da Vinci sketched a parachute, a submarine and a helicopter. However, even this ‘Uomo universale’ never managed to realise these inventions. It would take hundreds of years before the materials, techniques and knowledge would be available to turn the designs into working machines.

Visionary Jules Verne wrote about a journey to the moon, more than a hundred years before Neil Armstrong set foot on the rocky surface. In Verne’s time, the notion of travelling to the moon was ridiculous. It wasn’t until John F. Kennedy expressed the wish to put a man on the moon that the required technology was developed.

Crazy ideas can ‘suddenly’ become feasible thanks to technological advancements, fresh insights or changing public opinion. New developments follow each other at an increasingly rapid succession. Therefore, it’s useful to regularly browse through the ‘wild’ ideas in your idea archive. Look at all those ideas that could not possibly be implemented. Perhaps that insane idea you had a year ago isn’t so crazy anymore today.

Evidently, seemingly impossible ideas are interesting to revisit occasionally. What could not be done last year might be possible today. But it’s not just these types of ideas that benefit from new developments. Ideas that where easy-to-implement, yet boring, can also be ‘saved’ by unexpected changes. New developments can turn even the most mediocre ideas into something brilliant. Look at the bicycle for instance.

The first bicycles were, to put it mildly, not wildly impressive. Two wheels with a wooden frame in between. Without pedals. A sort of large push scooter you could sit on. These types of primitive bikes had been around for a hundred years when the chain drive was invented. It would revolutionise cycling. Suddenly, the bicycle became an absurdly efficient way of transportation. A bicycle with a chain utilises muscle power in an incredibly efficient manner; a normal cyclist moves 3 to 4 times as fast as a pedestrian, while he or she uses 5 times less energy per travelled kilometre! 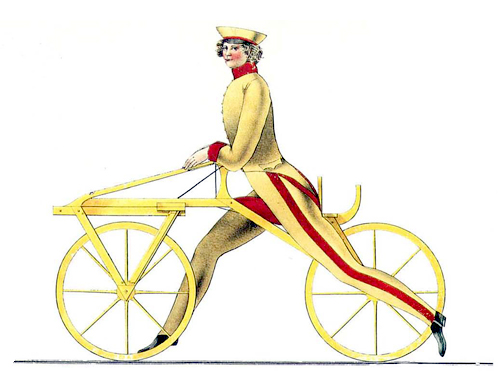 Don’t forget all those farfetched ideas

Look through your idea archive regularly. How do new technologies like 3D printing, augmented reality, virtual reality and drone technology change your perception of previously impossible ideas? And how could these technologies revive ideas that were brushed aside as being a bit boring? What ideas can be improved? What ideas have ‘suddenly’ become feasible? Look at what didn’t seem possible and check if it’s still a lost cause. Can you hatch Columbus’ egg? 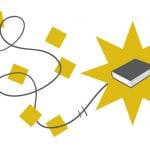 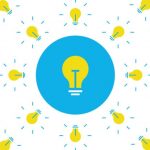