The Mechanical Turk, or Wizard of Oz, is a type of prototype that allows you to test something before you’ve actually built it. It’s an illusion that can save you lots of time and money.

Imagine you’ve got a great idea for a complicated technical solution. You really want to let users ‘play around’ with your solution to find out how they’ll react to it. There’s only one problem: so far, the solution exists only in your mind. You haven’t actually built it yet. Building it will cost you a lot of money, not to mention the time you’ll have to invest.

What do you do? Investing loads of time and money doesn’t make sense, as you have no idea how people will react to the solution. Are your assumptions valid? Do people understand your product? Are they willing to use it? It would be a shame to find out your product is useless after you’ve spent a fortune on building it…

Ideally, you’ll want to test your solution, BEFORE you’ve developed it.

Ridiculous as that sounds, it’s actually common to have users test a product before it exists. If you want to know how people will react to your solution, you simply have to fake it.

You can use a so-called Mechanical Turk (or Wizard of Oz) to trick unsuspecting users into thinking they’re interacting with the real deal. You pretend to show the user a highly technical solution, while ‘behind the scenes’ it’s human labour that makes it work.

The Mechanical Turk prototype gets its name from an 18th century ‘chess-playing machine’ that amazed crowds for decennia. Spectators were stupefied by this ‘artificial intelligence’. Time and again the machine managed to out-smart great chess players. Among the unlucky opponents it defeated were many prominent people. Napoleon Bonaparte was one of the Turk’s victims. Eventually, it was revealed that the sophisticated machine contained a secret space. In this cunningly hidden chamber, a chess grandmaster secretly moved all the pieces, giving the Turk the appearance of the World’s first artificial intelligence. 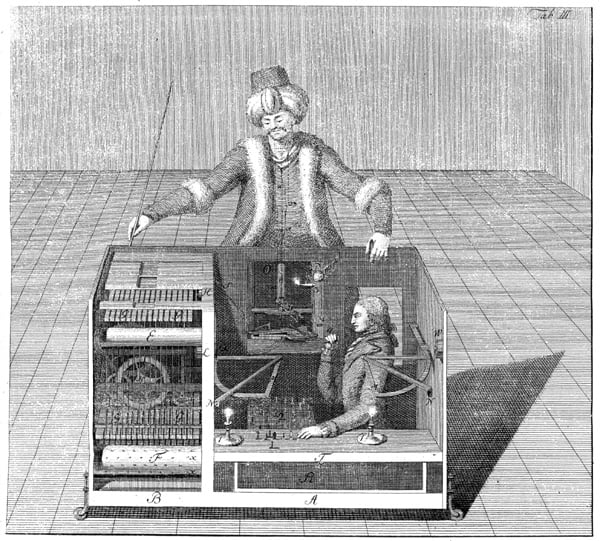 The original ‘Mechanical Turk’, an 18th-century contraption which appeared to be a chess-playing machine.

You might think that these days people are not so easily fooled anymore. You’d be surprised.

Fake it till you make it

An entrepreneur I know, and who has grown his business into a serious force with hundreds of millions of revenue, once confessed to me how he tricked his first major clients. He had sold a sophisticated algorithm which would cleverly make all sorts of connections between matching profiles. In reality, however, the algorithm wasn’t working yet. Instead, the founders stayed up all night making the connections themselves!

It’s relatively simple to make people believe your prototype is fully functional. And if your intention is simply to get some feedback, there is little harm in (temporarily) deceiving your test users.

Imagine, for instance, you’d like to know how people would react to a ‘smart lift’. An elevator which responds to voice commands. Before building such a contraption, why not fake it first? Norwegian comedians Bård and Vegard, better known as Ylvis, showed how you can fake such an advanced lift relatively easily:

Do you have an idea for a brilliant, yet complicated, technical product? Trick some users into using what they believe is the real product, before you start building or investing. Test how users respond to your solution. Check your assumptions and refine your idea. A simple illusion can save you from spending lots of time, energy and money on a failing product.

Would you like to know more about prototyping or other parts of the innovation process? Perhaps the Innovation Course is the right choice for you: https://hatrabbits.com/en/innovation-course/

Contact us for more information. We’ll gladly tell you all about the possibilities. 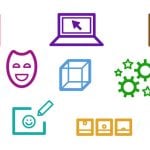 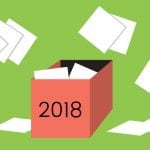