4 Ways to prototype your ideas

When you have a great new idea, it’s often advisable to make a prototype of it. What kind of prototype you should build, however, depends on what you want to achieve. There are basically four reasons to build a prototype:

1. Explaining your idea – the talking piece

Explaining your idea is not always easy. Words can be fuzzy or ambiguous. For communicating an idea, sketches and 3d mockups are often much more effective. A prototype makes your idea tangible. Visualising your idea can help to make others understand what you mean. Furthermore, having a tangible (throw-away) prototype makes it much easier for others to build upon your idea (by adding new ideas or suggesting alterations). A talking piece doesn’t have to be perfect. It can be rough, as long as it helps you to explain the idea, thus allowing you to discuss pro’s and cons and improve the concept.

Techniques you can use for this purpose are; paper prototypes, storyboards, app screens and 3D mockups (e.g. mockups made out of cardboard).

The prototypes in this category are high fidelity and polished. They are designed to create interest and to ‘sell the idea’ during a presentation to an audience. You can use this type of prototype to pitch your idea to a customer, investor or your manager. These types of prototypes are incomplete, yet demonstrate the idea’s potential.

Techniques you can use for this purpose are digital prototypes, videos or animations, miniature models, a product box or an artist’s impression (e.g. a Photoshop visualisation).

Prototypes are a great tool for gathering feedback and testing your assumptions. It’s about failing early in order to reduce risk. In the startup scene, this is described as: ‘failing fast and failing often’. That’s why it’s wise to bring your prototype to your target audience as quickly as possible, in order to answer questions such as; How do they react to our solution? Do they understand it? How do they use it? How do they interact with it? Does our prototype work the way we intended it? Does it solve the problem? etc.

Techniques you can use for this purpose are ‘Wizard of Oz’, ‘Concierge MVP’, a demo or a click dummy.

4. Testing the logic behind the idea – backend refining

The last category has everything to do with refining your concept and designing the overall system. The prototypes within this category help to fine tune the backend and focus mainly on the way your concept operates. (How does it work? What steps does it contain? What happens at each key point?)

Techniques you can use for this purpose are wireframes, customer journey mapping, process flow charts or a functional backend (e.g. in Excel).

It goes without saying that the prototyping techniques listed above are not limited to the goal under which I’ve mentioned them. You will find that in practice sometimes you can use techniques from other categories, or combine categories.

Use the answers to the questions above to pick the right method and tool for the job..

How to generate thousands of ideas in mere minutes; the Morphological MatrixNew Product Development, Thinking Techniques 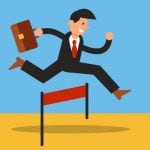