The evolution of ideas. Why innovation is a gradual process sped up by competition and misfortune

Innovation and evolution are more similar than you might suspect.

Evolution; the adaptation of life forms to deal with living conditions. By now, almost everybody in the world knows about this fascinating ‘theory’ and all but the most fanatic creationists accept that this is how organisms gradually adapt to their environment. Organisms that are well suited to deal with the surroundings survive (and reproduce) while less well-adapted organisms disappear. Slowly and gradually over many generations organisms become better equipped to face whatever nature throws at them.

It might be a bold claim that innovation is a fairly similar process. But I’m more than happy to elaborate on the similarities between Darwin’s revolutionary theory and the way innovation works. Like organisms, processes, products and services tend to improve gradually. Ineffective processes and products with an unpleasant user experience tend to be replaced by generations of ‘better’ processes and products.

An eye doesn’t appear fully formed out of nowhere. There are many incremental steps between the appearance of the first light-sensitive cells and a fully formed eye numerous generations later. In fact, those steps that eventually lead to a spectacular new feature in biology can have entirely different purposes. Feathers probably evolved simply because they helped animals stay warm. That they eventually would make flight possible was a bonus.

New features in animals and plants don’t appear overnight. The same is true for innovative ideas. In innovation, the same ‘intermediates’ exist. No idea appears fully formed and perfect. A new idea is usually fairly rough. An unpolished thought. Sometimes with great potential, but never fully developed. Any new idea needs to be sharpened. By refining a rough idea, you make sure it survives.

How do you refine an idea? By showing it to as many people as possible. Share your idea early on. Make it tangible. Prototype. Ask your target audience what they think. Let them play with a prototype and refine the idea again and again. Use the feedback and insights you collect to improve your idea.

Even when you think your idea is finished… it probably isn’t. No idea is perfect. There is always a better idea. Take the umbrella, for instance. Great idea, right? The perfect design for defying the rain. For thousands of years, the design of the umbrella stayed practically unchanged. It wasn’t until the 2000’s that 3 Dutch students decided to improve this great design. The Senz storm umbrella was born. An umbrella that doesn’t fold over when you’re out in stormy weather. The guys behind Senz even thought of small improvements like ‘eyesavers’ to prevent people from accidentally stabbing a passer-by in the eye.

As is often the case, once things are moving new alternatives start appearing. Change leads to an ‘arms race’. Competitors won’t stand idly by for very long. Suddenly, the umbrella-world seems to have woken up. Competitors and newcomers alike start innovating that once untouchable design:

Competitors forcing each other to innovate is not unlike predators and prey forcing each other to improve. Faster antelopes lead to faster cheetahs (and vice versa) and as mice become more resistant to poison, new generations of snakes will become even more poisonous. The arms race of nature leads to more and more impressive feats. Animals and plants get more advanced because only those that manage to survive all sorts of challenges pass on their genes to the next generation. Evolutionary change is fuelled by harsh conditions. Terrifying predators, extreme cold and food-shortages speed up the level in which animals and plants ‘change’. Similarly, harsh conditions speed up innovation.

Extreme situations force people to innovate. This is how a world-wide food shortage led to the invention of the world’s first bicycle. Not only are people forced to be creative when the going gets tough, but others are also much more likely to accept your unusual proposals when doing nothing is no longer a viable option. In Bogota, mayor Antanas Mockus had an outrageous idea to improve traffic safety in his city; replace all traffic police by mimes. Ridiculous as it sounds; it actually worked! However, if the situation at the time wasn’t as appalling as it was (with over 1700 fatal accidents each year in Bogota alone), he would never have had the chance to implement his ‘crazy’ plans.

Unfortunately, the evolutionary force that makes ideas develop into amazing innovations also has a downside. In my next article, I’ll elaborate on the pitfalls of this phenomenon. I’ll explain why ‘survival of the fittest’ can actually slow progress, why you should be wary of ‘best practices’ and how you can prevent your organisation from going extinct. 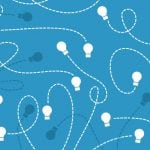 20 examples of business topics that benefit from creative thinkingBusiness Creativity 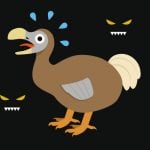